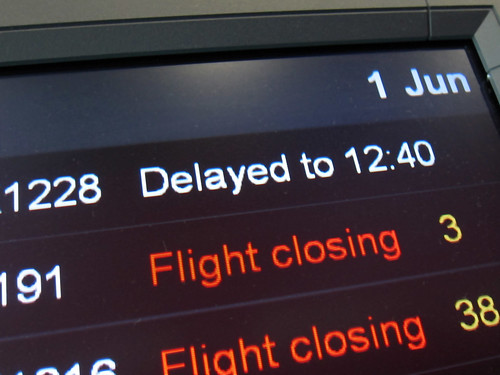 I’ve really enjoyed this Advent series following Mary’s journey. We’ve considered the parallels between Christ’s first coming and His second coming: the waiting, the homelessness, the groaning. But it has all been building up to this: the arrival.

“You also must be ready, because the Son of Man will come at an hour when you do not expect him.” (Luke 12:40)


Jesus told his followers to be ready for his return. But it’s difficult to exist in a state of continual expectation. We tend to think of waiting in expectation for Christ’s arrival as though we were waiting at an airport lounge, bored, watching the lights flicker on the arrivals board, hoping for some indication that He will come.

But it’s not like this. It’s more like the waiting of being pregnant. Mary would have gone normally about her life, with the occasional reminder of Jesus’ coming from the kicks in her womb. Then as she progressed into the third trimester, the extra weight and pain she was carrying would have been more of a constant, background reminder in the midst of her busyness.

Waiting for Jesus is something we do as we go about our daily lives. It is not an airport lounge. It’s a very long third trimester. 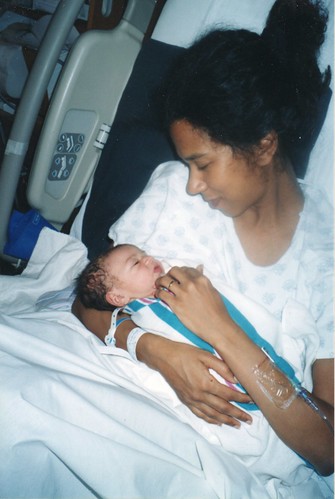 “For now we see in a mirror dimly, but then face to face. Now I know in part; then I shall know fully, even as I have been fully known.” (1 Corinthians 13:12)

When I was in the pushing stage of labour, I was so exhausted and out of it that if you had asked me, I would not have known what on earth I was doing. I had forgotten there was a baby involved. I was just thinking about how to draw the next breath, and that was taking all my energy.

Sometimes life is like that. There’s just no energy for anything other than surviving, and you forget what it’s all supposed to be about. You forget that Jesus is coming again.

But then he arrived, my boy, and they brought him to me. I hadn’t met him before. And yet I knew him. His face was at the same time new and familiar.

I have a confession:  I’m not one of those people who thinks all babies are beautiful. I think most are plain ugly, if I’m totally honest, and I find myself wincing at the red and wrinkly newborns, inventing suitable compliments for the sake of the parents. And while Jon and I are alright-looking, let’s just say I was more convinced of our progeny’s genetic tendency towards brains rather than beauty. In short, I was fully preparing myself to give birth to an ugly baby.

But then they handed him to me, and I was overwhelmed by how perfect, how gorgeous he looked.   I was genuinely surprised. My first words to him were, “But he’s so beautiful!” And at that moment of seeing how beautiful he was, despite the pain and exhaustion, I felt a deep contentment, as though I knew that everything would be alright.

I reckon that’s how it will be. He will come again, and we will see that face for the first time and it will be strangely familiar. And we will say, ‘But he’s so beautiful’ and we will know that now, at last, everything really will be alright.

I will be taking a blogging holiday over Christmas – back on Jan 8th with a God and Suffering story by Preston Yancey. Have a Joyful Christmas and a Peaceful New Year!

I’m linking with Joy in this Journey, WIP Weds, Imperfect Prose. If you have written a post in the last week on Advent or Christmas, link up below by following these instructions:

1. Click on the ‘Add your link’ button and put in your details to link your post (only one post per week, per person please).
2. Put a link to my blog at the end of your post, so others can find the link-up too.
3. This is REALLY important (and kinda the point of the whole thing): visit the person who’s linked up before you and encourage them in the comments. You are also free to click on anyone else’s who might interest you!

Leave a Reply to Mia Click here to cancel reply.