Alastair Roberts is a PhD student (Theology) at Durham University. I really appreciate his thoughtful approach to pretty much everything and his encyclopaedic Biblical knowledge. (If there’s ever a Bible passage you’re stuck on, do ask him what he thinks – his perspective is always helpful.) I’m delighted that he’s sharing his story here.
At the age of 16, I came down with a virus, but didn’t get better. Whereas a few months previously I had been the star student in my school, the editor of the school journal, the captain of several teams and societies, and the founder of a couple of Young Enterprise businesses, I now found myself sapped of all energy, unable to make plans for the future. While my life had previously been on schedule, my dreams now slowly deflated, until I was left with little more than the four walls of my room.

Frustration turned to anger, which after several months settled into a dark depression. Outside, life moved on. My peers ventured forth into a world of exciting opportunities and gradually disappeared beyond the retreating horizons of my existence. With my anger and depression, relationships with my family reached a nadir.

Such illness has a way of teaching you things about yourself. Immersed in the hurly burly of an active life of socializing and study, there can be far too many claims on our energies and attention to engage in the sort of serious and prolonged reflection that produces life changes.

There is a profound aloneness to suffering. Illness can steadily strip away the layers of our lives, leaving us by ourselves with our pain, something that we can never easily communicate to others. Forced to spend prolonged periods of time in our own company, we no longer find ourselves able to escape our own gaze. In my case the result was an angry and bitter self-loathing.

This experience led to a complete transformation of my relationship with God.

While I was raised in a strongly Christian household and came to a personal faith at a very young age, over the years my relationship with God had slowly lapsed into a mere nodding acquaintance. Although a very active member of the church and of a Christian youth group, I had become wary of getting too involved with God. My life was on track and I didn’t want to unsettle anything: I knew all too well that people who started to live on God’s terms often tended to lose control of their life plans, and that was not something that I wanted to happen to me.

God’s responsibility was to keep everything running smoothly for me and mine was to be grateful and be a good church member. Then one day God stopped doing his job.

Although my physical health didn’t begin to improve for some time afterwards, the entire direction of my life was transformed through a realization of the absence of God. The fact that the notion of the absence of God should be the source for such a change may surprise many: surely it is a knowledge of the presence of God that should be central to our lives as Christians. However, my prior belief in a ‘presence’ of God did not address my current crisis. 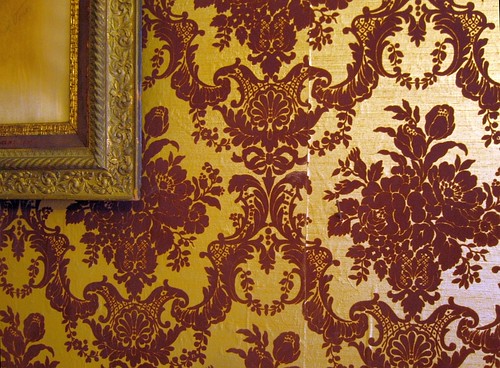 The God that I believed in was present in much the same way as the wallpaper on my wall was present, constantly available, silent and unobtrusive, to be engaged with purely on my own terms and in my chosen time, but something to which I was largely oblivious and about which I could afford to be unconcerned. God’s presence was safe and reliable.

God’s presence assured me that all was right with me and my world. It was only through illness, which shattered this confidence, that I truly grasped that God isn’t on tap, doesn’t appear on schedule, or speak on cue. It was in the silences of God that I truly began to come to know him.

It was through the experience of long-term illness and the deep reflection that resulted from it that I became aware of a profound and dark lack in my world. The papered cracks in my life broke open into ugly fissures, and could no longer be ignored or hidden. I could no longer maintain the pretence that all was right in my world, the pretence that all was right with me. The turning point occurred when I learned how to name this absence: it wasn’t just a general existential lack, but the absence of God.

The absence of a person can be far more intense than many forms of presence. We may be almost oblivious to the presence of the stranger a few feet away from us on the bus, but the loved one who is lost to us, or separated from us, may constantly intrude upon our consciousness: in every context we see the fact that they are not there, and the traces of their absence. 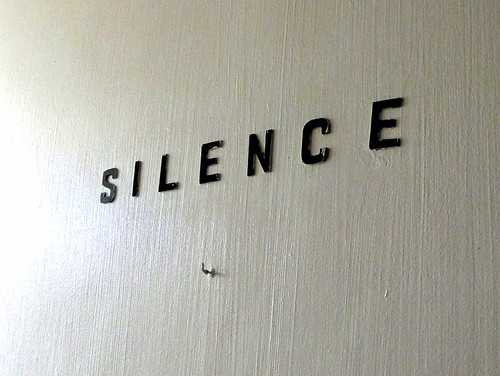 Turning to God didn’t remove the sense of absence, but meant that I saw God in the absence. Each absence, each lack, each fissure in my life became a site of longing, a place where I pursued God’s presence.

In this quest, I found the psalms to be a source of considerable blessing and companionship. In the context of forms of Christianity that often cover over or pretend that the absences don’t exist, the psalmists exhibit a deep acquaintance with them, clearly name them, and seek and often find God in them.

It is this sense of the absence of God that produces a deep discomfort with our present condition, our sin, our unbelief, the brokenness of our world, and a distrust of all of the tidy ‘solutions’ offered to us. It is this realization that fuels our anticipation for Christ’s return, that fires our prayer, underlies our belief that we were not created for such a fallen world, and drives our refusal to be satisfied with anything less than God himself. It produces a dissatisfaction with any ‘presence’ of God that would put us at ease or at peace with our current broken world, which would suggest that our lives are in order, or leave us without a deep longing for the world to come.

It is through our discovery of the absence of God that we come both to yearn for and to have foretastes of the fullness of his presence.

Alastair Roberts lives and studies in the beautiful city of Durham. His passions include studying the Bible, memorizing the Scrabble dictionary, knitting, and English cricket. He blogs at Alastair’s Adversaria. Follow him on Twitter here.

15 Responses to Discovering the Absence of God {guest post}