Genevieve Thul  has had one health battle after another, both with herself and her children. I mentioned one of these battles in a former five-minute-Friday post. I love her commitment to seeking God in the midst of pain. This is her God and Suffering story:

Pain is a lost emotion in the sea of verses quoted about how Christ conquered death and there is no sting any longer.

Fear is drowned out and ignored because doesn’t He give us a “spirit of peace” instead?

I broke into a million pieces when I was 8 years old, but I had already absorbed these twin “truths” and I knew good Christians don’t break when they suffer. So I sat alone in the golden haze of the forest clearing, staring up through the stars of my tears at the yellow birch leaves. I was pulling myself together. Trying, at 8 years old, to do my duty to bring glory to God through impossible circumstances.

I’ve been doing so ever since. Put on a happy face. Focus on the King. If you just focus hard enough…pray often enough…spend enough “time in the Word” then it will all disappear. We build our faith with our own sweat and our own works, predicated on our faithfulness. No one acquainted me with a Man of Sorrows or a Holy Spirit that speaks of my pain when my soul can only groan without words. Instead of huddling under His wings in the darkness, I dug a deeper pit of suffering with my trusty shovels named Failure and Guilt.

Cancer was ravaging me, and I’d looked into my daughter’s eyes as she hovered at the brink of death, and then someone said this was all because of my sin. If I would just break, let myself be remade into a suburban, casserole-baking Stepford wife like Jesus wanted, then…and only then…would the blessing I’d been promised be fulfilled. Take our word for it, they said. We are wise, and you are depraved.

The reason that poison arrow pierced so deep is because I am depraved. Who can honestly say they don’t know the depth of the blackness of their own heart? I was down for the count and it wasn’t until I was in the white-washed surroundings of a hospital that it was finally quiet enough to hear the whisper of the Spirit. To my shock, I realized all the cacophony of the orchestra playing the “Bad, Bad, Bad” chorus in my head was just the world’s white noise. What the Spirit was saying was something entirely different.

You are worth My attention.

So worth it, I bought you with my blood.

It’s all erased, forgotten, paid for.

I want you so much, no matter what shape you’re in.

I’ll walk with you through your pain.

How amazing that grace was the hour it first appeared! It didn’t heal me on the spot. It didn’t even pull me out of my depression or my sadness. Instead, being given permission to grieve in the presence of God opened the door to the jail of Christianity and walked me right into the arms of Jesus.

Why do we preach a “walk this way” Gospel to the suffering? How precious and fragile is the gift of free will. How tenuous the journey of free will to faith. When humans get in the way of the heartbreaking beauty of the Cross and muddy the waters with judgment and prescriptive orthodoxy, how many flickering flames of hope are extinguished? Where is the voice of the Preacher who loved the filthy, the broken, the hopeless, the prostitutes and the destitute? Drowned amongst the false prophets shouting Prosperity Gospel, those preachers banging pulpits, saying our righteousness is filthy, disgusting while forgetting to include the story of the redemption that washes our filthy rags cleaner than a new blanket of snow? 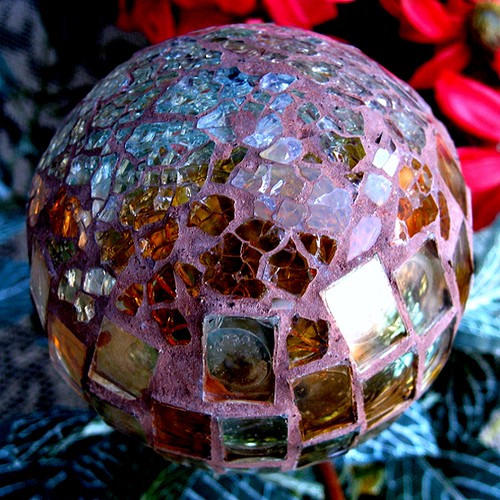 One night, deep in sleep, God picked up the pieces and gave me a glimpse of the art He was crafting from the broken shards of my heart. I saw the smallness of the faith that had been destroyed, and the enormity of the faith He would grow in me. I saw each piece of my heart exploding in slow motion, red remnants glistening in the sunlight, and then winced as His heart imploded around mine. In between each red sliver of my broken heart was a beautiful fleck of gold from His. His last words on the Cross came to me – “My God, my God, why have you forsaken me?” (Matthew 27:46) Yes, His heart was broken, too.

What I had missed in those years denying my pain and fear was that all the brokenness can become a mosaic of such jaw-dropping brilliance that it becomes stronger than false religion, louder than false prophets, more healing than any rigid practice of Christianity.

You can’t rebuild what you haven’t already burned down. Suffering was my deconstruction, but it was also my reconstruction: I may not have any fancy house of Good Works to show off to the world, but in my heart there is finally solid ground on which to stand. A foundation that stays solid even when the tsunamis of life wash over it.

After surviving a lifelong heart condition, cancer, and excommunication from her church home, Genevieve Thul is blessed to work as a professor, mama of four and wife to the best lover a women could dream of. And the only way she can even get out of bed in the morning is by simply clinging to the Cross. She dreams of one day “having an answer for the faith that she has” (I Peter 3:15). For now, she is daily discovering true Grace and learning to live her true identity as a beautiful daughter of the king. She blogs at http://turquoisegates.com and tweets @gmthul.