The best book I’ve read this year is “Suite Francaise” by Irene Nemirovsky, about the French occupation during the Second World War. She was writing in 1942, living in wartime France. It was unfinished, because she was taken to Auschwitz before she had a chance to complete it. Her notebooks have only recently been discovered.  Its genius lies in the description of a war without the usual stereotypes – there are no descriptions of battles and it doesn’t even mention the word ‘Nazi’.  It explores how people react to a crisis and relate to one another and is a brilliant and painfully accurate observation of human nature. If you haven’t read it, you should buy it immediately.

It got me thinking about illness narratives and the language of warfare. What do I mean by ‘illness narrative’? An illness narrative is a story (with either a happy or sad ending) that we use to explain the nature of illness. (For more on this, please see the excellent blog post by No Poster Girl and her husband.)  A patient is allowed to have one of two stories:  they are either the conquering survivor or the tragic hero; either victor or victim.

If, for example, someone gets cancer, we automatically say they are ‘bravely fighting’.     People say, ‘I’m not going to let this illness defeat me’, and we cheer them on as they ride forth into battle. They have chemo, radiotherapy, surgery, rest – and we hold our breath for the news. The announcement of ‘remission’ is the equivalent of the announcement of ‘D-Day’.  We celebrate their bravery and achievement; they are victors, survivors – they have ‘beaten’ cancer.  We like this illness narrative, it fits with our idea that we can conquer anything if we put our mind to it. These people are heroes; they have faced the Great Enemy and won. 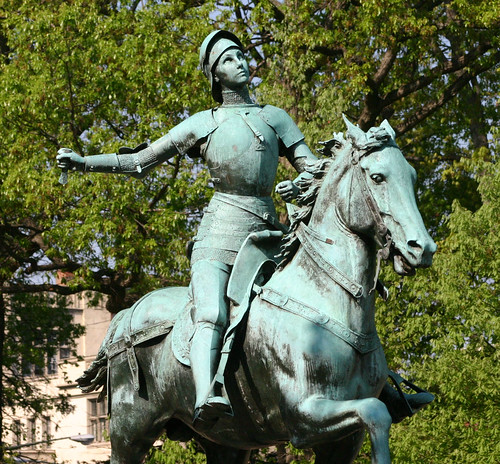 There is an acceptable alternative.  This is when someone gets a serious illness, but despite their brave fighting, the evil enemy overcomes.  It plays dirty, it doesn’t respond to the normal treatments.  The person dies, having heroically fought their illness but lost.  The story is sad, but it is also one that we understand.  We talk about people ‘losing their battle with cancer’ – we turn the patients into hero-martyrs. It helps to bring some sense of meaning to the profound loss we experience, it expresses some of the horror of the illness, and it is a way of honouring them.

These are the two illness narratives that we have: either the heroic victory or heroic defeat.

But are these narratives helpful? Are they healthy? (no pun intended).  John Diamond wrote a brilliant memoir about the experience of having cancer, ‘C: Because cowards get cancer too’,  in which he exposed this myth of ‘clean, brave cancer’. The reality of cancer (as with the reality of warfare) is messy and undignified and terrifying.  He writes that he consciously didn’t write the kind of book that portrayed cancer patients as heroes:

My antipathy to the language of battles and fights has nothing to do with pacifism and everything to do with a hatred for the sort of morality which says that only those who fight hard against their cancer survive it or deserve to survive it – the corollary being that those who lose the fight deserved to do so.

Most cancer patients feel buoyant and positive and confident to ‘fight’ the illness at some points; and feel utterly despairing and depressed and defeated at others. Feeling confident does not guarantee survival. Feeling depressed does not automatically bring death.

And what of the illnesses that don’t fit into these narratives? As a  society, we know how to process the ‘acute’: the emergencies, the tragedies.  But we can’t handle the chronic; the non-fatal, ongoing, wearying, unsolvable illnesses. We don’t have the language, the categories, the ‘narratives’ to talk about it. We don’t know how to react to the person incapacitated for years with back pain, those housebound with M.E., the depression patient who doesn’t respond to treatment.  We don’t know whether we’re looking at a potential ‘tragedy’ case or ‘victory’ case, and it makes us suspicious and confused.

Chronic illness is the equivalent of the German occupation of France in the Second World War.  Nemirovsky describes life in rural France after the French had surrendered to the German army.  The Germans needed places to stay so they commandeered people’s houses. The average French villager would have had a German officer living with them in their house, taking their food, dictating where they could or couldn’t go.  In some senses life went on as normal, and they went on running their shops and househoulds.  They were not under threat, as long as they behaved.

In other ways it was very different. They had lost their freedom. There were new rules to be obeyed, and the sinister threat of death if those weren’t respected.   They had no idea how long this occupation would last and whether the Germans would be defeated or not.  Other countries were still fighting, but for France the outcome had already been decided, and they had to get used to this new way of life.  They had to live with the daily reminder of the shame of surrender.

With a chronic illness your life is completely changed; you no longer have control or final say over what you can eat, where you can go, what you can do – but you are still living.   Though there is still enmity with the illness that you have  surrendered to,  there is no ‘fighting’ anymore. You have no choice.  You need to get on with it. You make do.

Some days you cannot stand the thought of an enemy presence in your territory: “how dare this illness be in my life?” Some days you feel like rebelling; “maybe I just won’t rest today, maybe I won’t take my drugs today,  maybe I will do what I want” – though you know it is dangerous and futile.  Most days involve the reluctant acceptance of  coexistence of this enemy, seeking ways to make life as normal as possible.

This is not a heroic story.  Let’s face it – it’s not going to be a bestseller. It’s not got much plot or excitement (though perhaps some character development…) and it’s longwinded and banal.  If it were a novel it would probably be one of those Russian ones, with endless names to learn and keep track of.  (Or Moby Dick – “just kill the whale already, won’t you?!”) But it is my story and many others’, and needs to be told.

The story of chronic illness is long, ongoing, unfinished, and not as exciting or as accessible as the ‘victor/martyr-hero’ alternatives. But like Irene Nemirovsky’s novel, what it lacks in drama it makes up for in truth.

26 Responses to I am not heroic