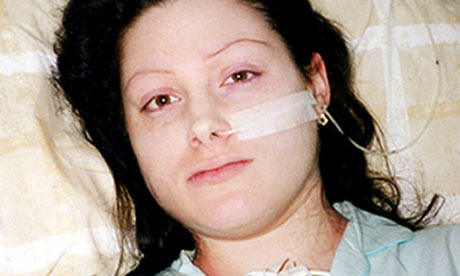 The importance of awareness

This is the first time I have marked the M.E. Awareness Week, despite having been diagnosed with it for 6 years. Before, I always thought, ‘why do people need to be aware of my illness? Isn’t that just whingeing?’

But now I see the importance.
We need people to be aware, because we need a cure.  We won’t find a cure till we invest in research.  And our governments won’t spend money on research until they are put under pressure by voters to do so.

At the moment there is precious little research being done on M.E., and that which is funded is being spent on ‘psychological management techniques’ rather than looking  for biomedical causes and searching for appropriate medical treatments for this debilitating illness. We need people to say with us that this isn’t right.

But I hope you are not saying that C.F.S. patients are not as ill as H.I.V. patients. My H.I.V. patients for the most part are hale and hearty thanks to three decades of intense and excellent research and billions of dollars invested. Many of my C.F.S. (M.E.) patients, on the other hand, are terribly ill and unable to work or participate in the care of their families. I split my clinical time between the two illnesses, and I can tell you if I had to choose between the two illnesses (in 2009) I would rather have H.I.V.

Dr. Nancy Klimas, world-renowned physician and researcher for AIDS and Chronic Fatigue Syndrome (ME) as quoted from the Q & A New York Times article “Is a Virus the Cause of Fatigue Syndrome?” – posted online Oct 15, 2009

Outbreaks and epidemics of the illness have been observed since 1934 and M.E. has been classified as an organic neurological illness by the World Health Organisation (WHO) since 1969.

What are the symptoms of M.E.?

The defining characteristic of M.E. is what is known as ‘post-exertional neuroimmune exhaustion’ (PENE). This means that after exertion (for a mild sufferer this could be a short walk, for a severe sufferer this could be something as little as concentrating on listening to a 30 second conversation) you have a relapse of symptoms which are neurological and/or auto-immune in character. The symptoms are often delayed by 24 hours or more, and then you get ‘payback’.

For most people, physical exercise promotes health. For people with M.E., physical exercise (beyond their limitations) makes the condition worse.
For example, I need to be in bed for most of the day. If I sit up for too long in a day, two days later, I might find that I have more pain, my heart randomly goes into tachycardia, my concentration is affected or my speech affected, I am short of breath on standing or I find that my legs give way if I try to walk more than a few paces.

What treatments are available for M.E.?

At the moment, despite having been classified as a neurological disease by the World Health Organisation (WHO) for several decades, the medical community is not very well-informed about M.E. A vocal minority of psychiatrists have obfuscated the issue, renaming it ‘Chronic Fatigue Syndrome’ in 1988, and using a more vague set of diagnostic criteria.

They like to use the ‘Oxford criteria’ which just has ‘unexplained fatigue lasting 6 months or longer’ plus just one other symptom, as opposed to the more precise Canadian or International Consensus Criteria which focuses on endocrine, autoimmune and neurological symptoms. The Oxford Criteria is so vague that it is no doubt collecting together patients under the dustbin ‘chronic fatigue syndrome’ label who actually suffer from misdiagnosed depression, Lyme disease, coeliac disease, MS, or any other illness that has fatigue as a major symptom.

Their claims that M.E. is a psycho-somatic illness (somatisation disorder) or similar to stress-related exhaustion has pushed back research for decades. As a result, when an M.E. patient goes to a doctor, they never know whether they will be treated seriously or fobbed off with ‘get out of bed and get some exercise’.

The things that are most effective in helping an M.E. patient to recover are rest and ‘pacing’ (ie not pushing your body beyond its limitations). Unfortunately, because some psychiatrists believe the problem to be ‘exercise phobia’ and ‘false illness beliefs’ they recommend Graded Exercise Therapy (where you increase your exercise and ignore any symptoms you feel). Tragically, this and CBT (cognitive behavioural therapy) are currently recommended by the NHS as the best treatments for M.E. While CBT can be helpful in managing the condition (depending on how it’s done), Graded Exercise Therapy is the WORST thing that you can do for someone with M.E. and many patients have been physically damaged, often permanently, by this advice.

Those with the best prognosis are those who are diagnosed early, who catch it while they are young, who don’t exert themselves beyond their limitations, and who REST, especially in the early stages. Combatting stress, cognitive therapies and building up activity levels, including physical exercise are good but only once the body has started to heal itself.

Graded Exercise Therapy for ME is like physiotherapy after a broken leg – it is only useful once the leg has healed. If you try and force someone to  walk when their leg is still broken, insisting that they are imagining the pain, they will never recover.

How serious is M.E.?

It is a fluctuating condition, so some days, weeks or months can be worse than others. Some sufferers are mildly affected (for example, able to work full-time or almost full-time but needing to significantly rest at the weekends and limit their physical exercise.)

On the most severe end of the scale patients are bedbound, unable to move themselves, often incontinent or having to use a commode, unable to tolerate light or noise and in constant, agonising pain. It is a living hell, and can last for decades.

It is estimated that among the approximately 250,000 sufferers in the UK, a small percentage will make a full recovery, most will improve but not fully recover and some don’t improve. 25% of sufferers are housebound or bedbound.

Although it is relatively rare to die of M.E., it can be fatal. There are two people I know of in the UK so far this year that have died of M.E.  Severe sufferers Victoria Webster, aged 18 and Emily Collingridge, aged 30, both died of complications from M.E. in 2012.  Emily had been ill for 24 years; Victoria had been ill, bedbound, for most of her life. You can read Emily’s story here .

Many more deaths from M.E. go unreported. Typically deaths are from cardiac arrest, although renal failure is another common cause of death for those with very severe M.E. Sometimes people with M.E. are made worse, even fatally, by the supposed ‘treatment’ they receive from doctors.

Sophia Mirza is one such example. She had severe M.E., and was bedbound. She refused treatment at a ‘CFS/ME’ centre because she knew that they used Graded Exercise Therapy to treat it. Because she refused treatment, they sectioned her and took her to a psychiatric hospital where she received psychiatric ‘treatment’ for her ‘false illness beliefs’. She never recovered.

She died from M.E. and was the first person in the UK to have Chronic Fatigue Syndrome officially listed as cause of death. At the autopsy they found that she had dorsal root ganglionitis – swelling of the nerves near the brain, which would have accounted for her severe pain and neurological symptoms. This is consistent with the original hypothesis of M.E. involving inflammation in the brain (encephalomyelitis).

(There was an inquest into her death; two psychiatrists agreed that the other psychiatrists who had taken Sophia to a mental hospital had done nothing wrong. And that was the end of the inquest.)

Additionally there are those like Lynn Gilderdale for whom the pain of the illness becomes too much and they commit suicide. Lynn was ill for 17 years, bedbound, tubefed, unable to speak. Her mother helped her to commit suicide when she could bear it no longer. She was initially treated with Graded Exercise Therapy which made her worse, and she was also initially suspected of having a psychosomatic illness. At her autopsy they also found dorsal root ganglionitis, like Sophia Mirza. Their illness was proven demonstrably to be physical and organic in origin.

I was not angry when I had glandular fever in 1996 in my late teens.
I felt really exhausted and my sister had recently been diagnosed with glandular fever: could I have the same thing? The doctor scoffed and told me to do more exercise and then I would start to have more energy.

A week later I saw another doctor. The tests confirmed that I did indeed have glandular fever (mononucleosis), and quite a severe case of it. “You need to rest as much as possible and whatever you do, don’t exercise. It’s the worst thing you can do with glandular fever,” she said.

My glandular fever was very severe and I missed several months of school. From that time on I was prone to infections and even a slight cold would knock me out for 2 weeks.

I was not angry when my M.E. was misdiagnosed as depression in 2005.

At that time I was able to work full-time, but I was falling asleep in the afternoons – then one day I found that I was having strange cognitive symptoms. I couldn’t read even a magazine article – it didn’t make any sense to me. I knew it wasn’t depression – I had had depression before and I knew what it felt like. I tired rapidly but my mood was good and I didn’t feel depressed or ‘numb’.

The doctor said it was probably depression and even if it were ‘chronic fatigue syndrome’ the treatment of graded exercise and antidepressants would treat both. I dutifully reduced stress, took antidepressants, gradually increased my exercise until I was running 5 miles, 3 times a week.

Within 2 years I had had a major M.E. relapse and was in a wheelchair.
I wasn’t angry in 2010 when they said that it would probably be fine for me to give birth naturally rather than have a C-section. The physical exertion of labour triggered a major M.E. relapse, leaving me temporarily bedbound and then subsequently housebound.

The bout of glandular fever I had was the trigger for my M.E., though I was initially mildly affected.  Then, like many others, I was advised to increase my exercise instead of resting, and my M.E. became severe.
I wasn’t angry then.

But then one of my friends got M.E. She contracted glandular fever while abroad and her body shut down and she found herself feeling constantly flu-ey and unable to walk more than a few paces.

And THEN I got angry.

There are some good and sympathetic doctors around and there are many people with ME who make full and fast recoveries. But the system is failing those with long-term or severe ME.

So this is why I am using my limited cognitive energy this week to write a post on M.E awareness.

I have finally got angry. I would very much like for you to get angry too.

This post is my personal opinion based on my experience and reading and should not be taken as medical advice. If you suspect you have M.E. then you will need the advice of a good doctor.

36 Responses to Why should you care about M.E.?