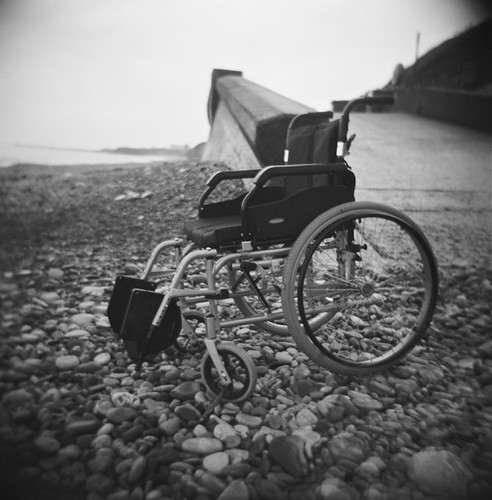 I have seen a number of news items recently, including periodicals which should know better, saying something like this:

“Disability Living Allowance, the benefit that helps with the extra costs of being disabled, is being replaced by PIP. PIP will have regular face-to-face assessments, rather than DLA which was based on self-assessment questionnaires.”

This makes it sound like DLA was an easy benefit to get, that it didn’t require any medical evidence, and that the fraud level therefore must have been high. It is plain misleading, and the truth of what is happening is being buried under debates about Wizard of Oz songs in the charts.

Let me tell you the real deal with DLA.

In 2008, when I first realised I was disabled enough to qualify for DLA, I filled in a questionnaire. It was relatively simple, with tick boxes, and you were given the option to write a little more. I ticked the ones applying to me (I couldn’t cook a meal for myself), and briefly explained the nature of my illness and why that meant that I was physically unable to cook for myself. You were asked for your GP’s details, so I assumed they would phone my GP to confirm my illness and the extent of my disability.

They didn’t phone. They just refused my claim.

The letter said, “You do not qualify for DLA Lower Rate Care because you can cook a meal for yourself.”

They had not met me or contacted anyone who had examined me. They just looked at my description of my disability and called me a liar.

I quickly discovered that this was not an unusual case: most people were turned down initially, and you had to go to a tribunal in order to get the right decision. I learnt that although the form appeared simple enough, you would not have a chance of getting your award unless you provided medical evidence from a doctor. Why they had not written that on the guidance notes, I just don’t know. In cases where they weren’t sure, they had their own medical examiner who assessed the claimant in person.

So I appealed and provided them with a letter from my specialist who knew me and my condition well and had written up the notes of my latest appointment with him. He confirmed everything I’d said on the form.

In due course I had a reply from the DWP: it was still a no. This time they had called both me and my doctor a liar.

I got mad, so I went to tribunal for further appeal.

At any point during this process, they could have sent the DWP’s own medical examiner to my house. They often do this as a matter of routine, in cases where the level of disability is in doubt. One lady who worked for the CAB described to me how the DWP medical assessor pressurised her to raise her hands above her head, even though she had said the pain from her Fibromyalgia was too severe. She broke down from his questioning and bullying tactics, but didn’t raise her hands above her head: partly because it would have caused her unbearable pain and made her Fibromyalgia worse, and partly because if she had done it, he would have ticked it off on his sheet as ‘can raise hands above head, no problem’ and she wouldn’t have got the benefit. As it was, he marked it down on his sheet as ‘refused to cooperate with the assessment’ and she had to appeal at tribunal (she won).

When I went into the tribunal that day, three people (only one of whom was a doctor) questioned me. They didn’t only question me about my disability, but about my motives. “Don’t you want to get better?” they asked, as though disability were a lifestyle choice. “You will want to learn how to cook for yourself, won’t you?”

I broke. I cried, and felt like a hypochondriac. I would have walked out (or rather, been wheeled out) there and then, had my degree-educated, thoroughly-researched husband not been there beside me, answering for me when I couldn’t face any more. I won my tribunal. I didn’t feel triumphant; I felt traumatised.

No wonder the statistics said those without CAB advice or legal support were far less likely to win their tribunal. They will have been bullied right out of there. And now, with the government cutting legal aid, I dare say those numbers of tribunal successes will be kept at a government-pleasing low, irrespective of whether or not the DWP make the right decisions.

I was shocked at the effect that the DLA tribunal had on me. I had spent hours scrabbling around the internet to try and work out why on earth the DWP were refusing genuine claimants, and what were the ‘right’ words to describe your disability, all in order to get the £900-a-year benefit for Lower Rate Care. (Despite needing a wheelchair for any distance over 200 metres, I would not have qualified for the mobility component).

The stress of the appeal, the being labelled a liar and scrounger knocked me. The emotional strain contributed to a worsening of my physical illness. I can quite understand why those who have mental illnesses are significantly in danger of committing suicide when they receive a wrong judgement from the DWP.

A few months after the end of the appeal, the brown envelope came again – I had to reapply. The rate of fraud for this particular benefit has always been extremely low: even the DWP’s own figures estimated it at 0.5%. Frankly, I could understand why. The hoops are so hard to jump through.

Under DLA, if your condition was variable or non-permanent, you were reassessed – regularly. This is nothing new. The only cases where people were not reassessed for DLA were cases where it would have been a waste of taxpayers’ money to do so, (for example, congenital blindness.) Now the taxpayer will be paying for such people to go through the stress of constantly being reassessed for PIP; presumably to check for the miraculous. (This also gives the government the option to further change the qualifying criteria for PIP in the future, excluding more disabled people from receiving help.)

It was only in cases of severe and irreversible disability that they didn’t constantly reassess. This seems like a good use of the taxpayer’s money, not a bad one.

And remember, DLA is a benefit to help disabled people with the extra costs of everyday living. it is not an out-of-work benefit: indeed, many people use their DLA to put towards hiring a car so that they can get to work more easily. (This is the motorbility scheme: not quite the same as saying ‘disabled people get a free car’).

So what has changed?

The biggest change is the descriptors for who qualifies as disabled.

And what of the claims that the government want to help the most needy?

What this means is that they will continue to give the benefit – the same amount of money, not an increased amount – to those who can’t walk more than 20 metres.

The government will give support to those who can’t walk 20 metres, this is true.

But only if you come, once a year or so, to an assessment centre that may or may not have disabled access, run by an organisation (Atos) that has secret targets to keep the payouts as low as possible, (yet no penalty if their decision is found to be wrong at tribunal). You will then be seen for 30 minutes or so by a nurse or Occupational Therapist (doctors are expensive so kept to a minimum), who may have no knowledge whatsoever about your particular condition and the complexities of it. You better hope you look ill on the day.

It will mean a continual fear of not knowing whether you will get your money.

It will mean that the most vulnerable in our society will feel sick to their stomach every time that brown envelope comes in.

It will mean a cut of £2bn on disability allowance, but an increase of almost £1bn to pay Atos to administrate these changes.

It will mean 500,000 disabled people losing all of their benefit, just so that the government could say they were targeting scroungers and could then afford to give a tax cut to the richest in society.

This is what the changes will mean. Just so we’re clear.

Speak, Lord
Do it anyway (One good phrase series for Micha Boyett)