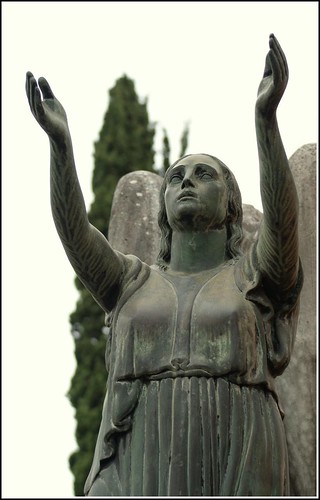 Have you ever looked at a Christian who has undergone great suffering and wondered how they can still remain so positive and joyful in God?

Last year two of my friends were expecting their first baby. They were excited and scared, like any first-time parents. There were no indications in the pregnancy that anything was wrong. She gave birth, and three days later they lost their baby boy. He had a congenital heart problem and there was nothing anyone could do.

I was shocked to hear the news, and found myself raging at God on their behalf at how He had allowed this to happen. They were such wonderful, sunny people – I did not want such a cloud of sorrow to be surrounding them.

At his thanksgiving memorial service, they spoke about Jesus. The doctors had said the condition was congenital, his death inevitable. In a sense, he was a baby who was ‘born to die’. In their sorrow, they looked to Jesus, who came as a baby in order to die on a cross.

God is not unfamiliar with suffering, and Jesus died to restore our relationship with God and ultimately bring an end to suffering. Though it did not answer all their questions, focusing on Jesus who was ‘born to die’ helped them to trust in a God who gave them a baby who was ‘born to die’.

Yesterday I read Job, chapter 1. It is the story of a good, a righteous man, who was blessed with success, prosperity (which in those days was measured in oxen, donkeys, camels and sheep) and a large family. Then, in a day, everything is taken from him.

Yet he doesn’t get angry, but worships God, and simply says,

The Lord gave and the Lord has taken away;
May the name of the Lord be praised. (Job 1:21)

What does Job’s story tell us? 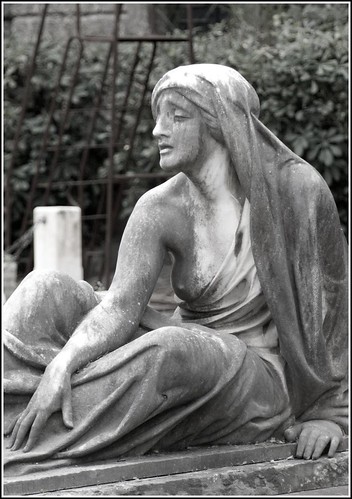 1. Don’t rely on temporary things
Disaster can come at any time. It is tempting to think we can foresee the future. If we have a good job, good health, if we have a loving spouse, if we have children, we are set – we’ve made it.

The lucky few of us that have some or all of the blessings that Job had should be thankful. But we are fools if we place our security in these things. They are not within our control. You can go to the best university, get the best grades, do the best networking, land the most fulfilling job. Great. But it could be gone tomorrow.

2. Worship first, then wrestle
Job’s reaction to hearing the news that he had lost everything was as follows:

Would it be your instinct? I’m not sure that it is my instinct. (In fact, I’m pretty sure it’s not my instinct. I have a way to go in this regard…)

There are certain people in my life that I have great admiration for, people whose character just shines with Jesus, people who are good to the core. When I think about how they react in difficult situations, I see people whose ‘reflex reaction’ is to worship God. This was true of Job, and it was true of my friends who lost their baby.

This is not to say we shouldn’t be questioning, crying out, mourning, raging. Job spends the next 36 chapters doing just that. He wrestles. It goes on for a LONG time.

It is hard work to emotionally recover from trauma and face tough theological questions about suffering. It takes time, and questioning and dialogue. Sometimes other people who are meant to help, don’t. The book of Job gives weight and importance to that stage.

And yet… There is something beautiful about the way that Job reacts. I see it in his life and in the life of my friends. Worship first – wrestle later.

Honour God in the midst of the pain, and then work through your pain somehow with Him. It takes faith to worship before you’ve wrestled, to say, ‘Because I know God and know Him to be good, I’m going to worship before I make sense of this.’

3. Worship now
The reason Job’s first reaction was to worship is because he already was living a life of worship. It was his habit. He would even offer sacrifices to intercede for his children.  His life was saturated in worship. If you are not worshipping God now when you are comfortable, then you will not worship Him when the going gets tough.

We need to worship in the land of plenty, regularly, habitually, so that it becomes our reflex reaction even in the times of famine. Worship till it becomes your reflex.

These feel like tough things to say, and they leave some questions unanswered. (Even at the end of Job there are some big unanswered questions!) You may be in a place of wrestling – and this is okay. Job spends a lot of time doing that. Sometimes in a place of famine it is all you can do to hang on.

But what if you are in the land of plenty? Are you worshipping now? This is what is challenging me today.

Living in the in-between
Faker

10 Responses to Worship first, then wrestle