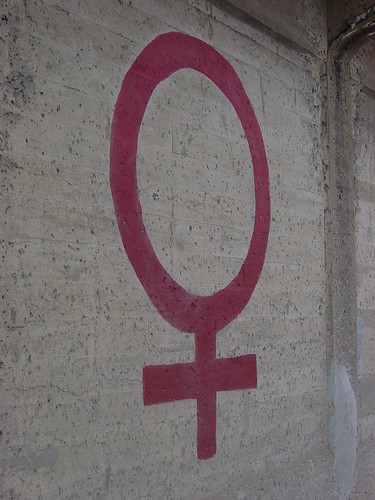 I hesitate to write this, and I told myself that I would not step into this debate on this particular platform. I know that I am at risk of alienating dear friends as I write this, and that the stakes are high on both sides. I would very, very much appreciate it if you would extend grace to me, and be gentle with me in comments.

I went on my Twitter feed this morning, and within five minutes I was so sickened by the nature of the tweets on women bishops that I had to tear myself away.

I am an egalitarian because when I look at the varied and complex passages on women in ministry in the Bible, I am persuaded that the Bible says that it is good for women to teach the Bible and lead churches. But the particular passages are confusing and seemingly contradictory – sometimes women are involved in leadership (for example Priscilla, Junia, Euodia and Syntiche, Phoebe), and sometimes they are told not to teach (in 2 Timothy). It is the job of the Bible student to work out which is the rule, and which is the exception. Though I disagree with those who are complementarian, I can see why they reached their position and I respect them for their desire to be submissive to God’s word.

I ache for the women who have been sidelined for so long, who have been treated as inferior, who have felt like they have had to fight for their place and been excluded and treated with a lack of respect. I know this deeply and personally, and in my ministry there are many times when I felt the crushing wounds from people who said that I was sinful for wanting to teach the Bible. I am glad to be part of the Church of England where women are able to serve alongside men, and I think that it is a good thing that there will be women bishops.

But I do not wish to demonise those who, in good conscience, have looked at the same complex Bible passages as me and come to a different conclusion. It is simply not true to say that complementarian is the same as misogynist. Most complementarians do not view women as inferior, whatever the letter in today’s Independent may claim.

You can feel sexism, you can smell it as soon as it occurs, and it is not necessarily anything to do with theology (although that can come into play). It is the dismissive looking past you, the patronising smile, the thinly disguised surprise that you are here at all, shocked at your audacity to play with the Big Boys. It is horrible, and I have encountered it from both egalitarians and complementarians. Equally, I have had people on both sides of the debate who have affirmed me and my ministry and leadership, and I feel a special gratitude to those who have done so even while disagreeing with me theologically.

I would like there to be women bishops. But as it stands, this measure would effectively force out those who cannot accept it for themselves. (I know that those on the pro-side would say there are more than enough concessions, but the fact remains that the conservative evangelicals and Anglo-Catholics are genuinely unsure of whether they have a place in the church, and they feel that they are being forced out.) I was really hoping that there might have been a solution that could provide adequate provision for my Anglo-Catholic and Conservative Evangelical brothers. I want women bishops, but not in this way, a way that pushes out and excludes, and sidelines. I know how that feels, how it has felt.

I know that there are those who are crying out for justice. I know that sexism in the Church of England and other churches is rife, and needs to be dealt with and ended, that it can feel all too often like a Big Boys club, and that this is so important for women in ministry to feel validated, honoured, valued as equals. I know that the establishment of women bishops will not end sexism in the Church of England, but that it will go some way to healing the hurts, and would be an important symbolic step.

But to take this step in a way that pushes out conservative evangelical and Anglo-catholic brothers? I do not want that.

I have no conclusions, no answers or strategies. I do not know which way the vote will go, and I anticipate heartache for the Church whatever the outcome. I am praying, and I hope for an outcome that brings God glory and helps his kingdom. I am praying for God’s word to be upheld and honoured, and not dismissed as peripheral. I am praying for peace, somehow.

I feel like a child whose parents are divorcing, and all I can do is weep.

84 Responses to On women bishops